“In general such is the purity of the air, the fertility of the soil, and the beauty and variety of the landscapes, that this island has often been styled the Garden of England” – The History of the Isle of Wight, Sir Richard Worsley. 1781

The function of the tree guard is to help to protect the newly planted tree from damage by the grazing action of herbivorous animals and also by the careless use of strimmers. However after a few years when the trees have become well established these guards are superfluous and if not removed can damage the tree causing stunted growth.

All too frequently the guards have long been forgotten about. The manufacturers may have reassured you that over time their guards will flake into small inert particles but even this can be problematic. Unfortunately these small pieces of plastic may blow around in the wind and some might land in watercourses, eventually ending up in the sea contributing to world-wide oceanic plastic pollution.

There are alternatives to conventional plastic guards, of the more established products galvanised welded wire mesh has stood the test of time, however they are comparatively expensive and still need to be removed after the tree is established.
Amongst the latest products are those based around biodegradable natural resins and polymers, and those based on recycled paper such as the “Eco Ezee”. Until the use of these becomes more widespread it is not possible to see which of these will prove to be a better alternative to the older more conventional tree guards. 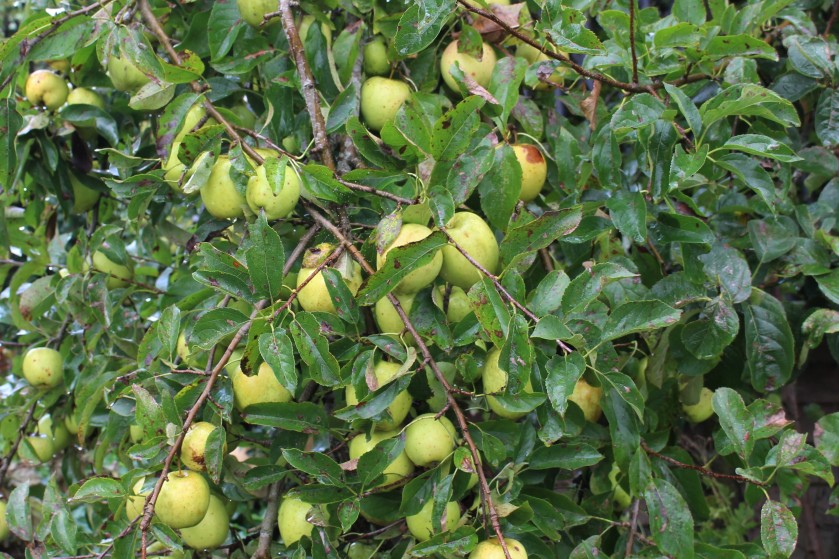 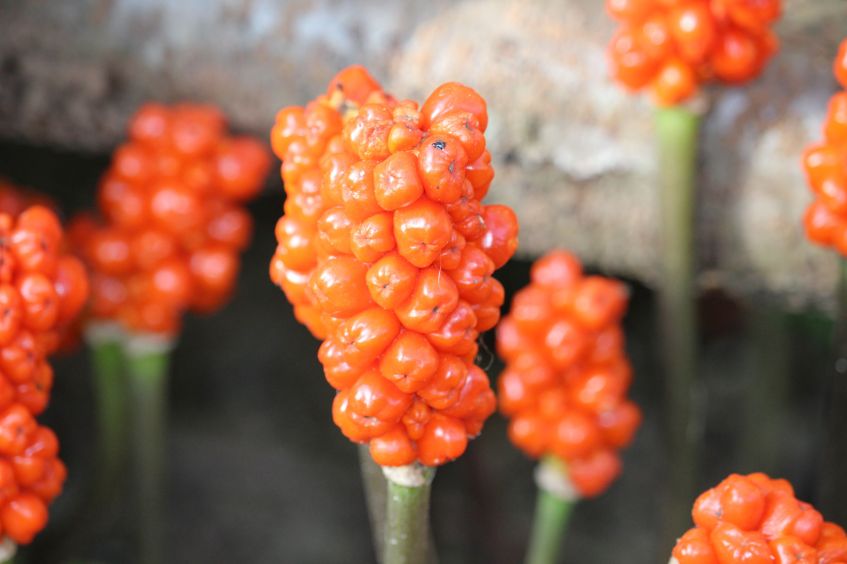 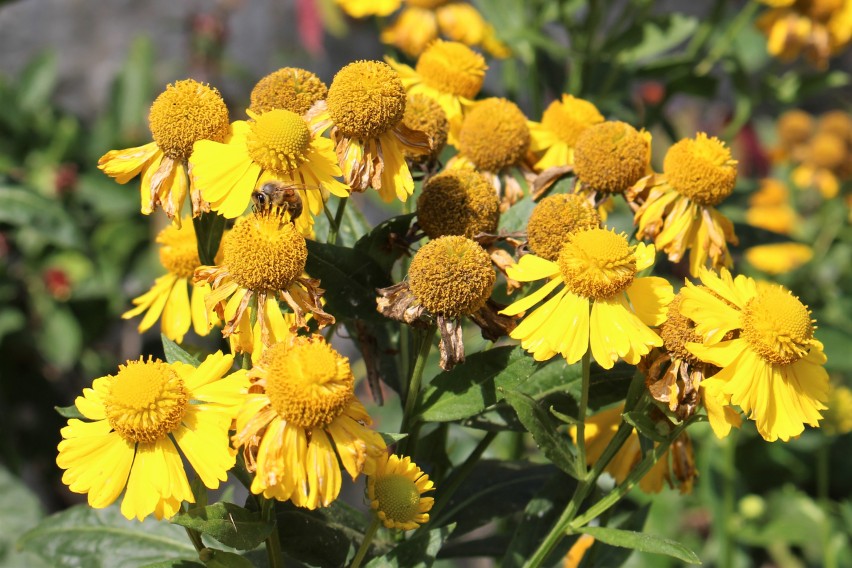 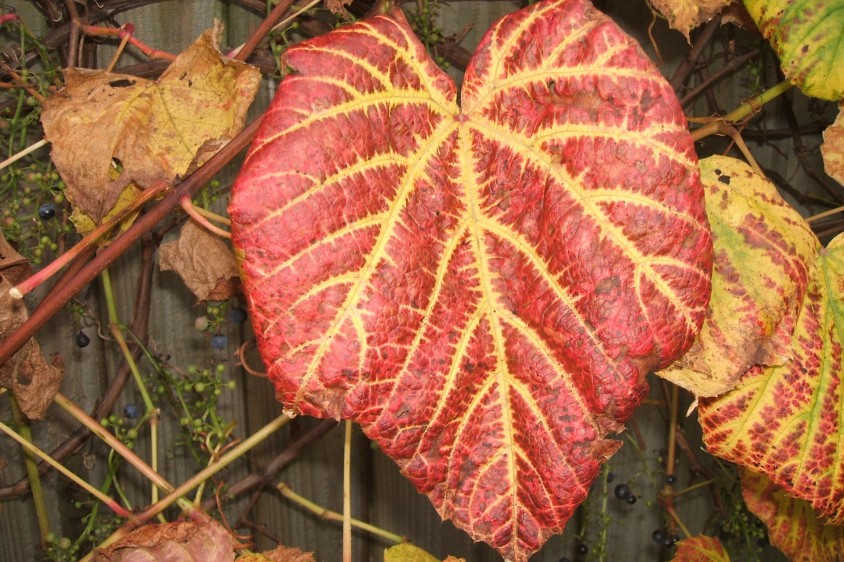 Tim Brayford Landscapes were established in 1980 and we are British Association of Landscape Industries National Award Winners for Garden Design & Construction.

Established in 1980, Isle of Wight based Tim Brayford Landscapes are British Association of Landscape Industries National Award Winners for Garden Design & Construction. I have designed and built numerous prestigious gardens across the island 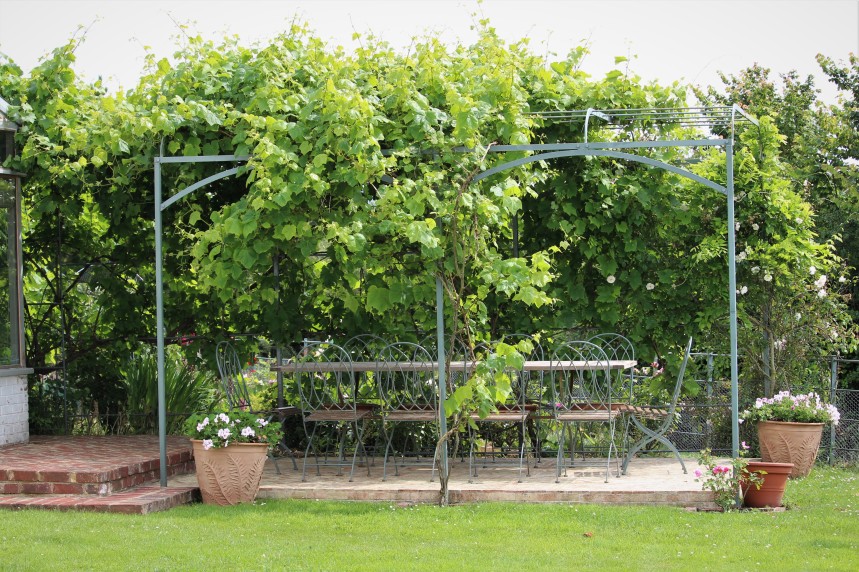 Good garden design is the essential foundation on which a landscaping project is built. A verbal consultation is a good place to start.

An illustrated recommendation report helps to provide a written reference point for the proposed landscaping works.

A contemporary prairie style planting
My aim is to create beautiful gardens across the Isle of Wight and I look forward to the next exciting project. 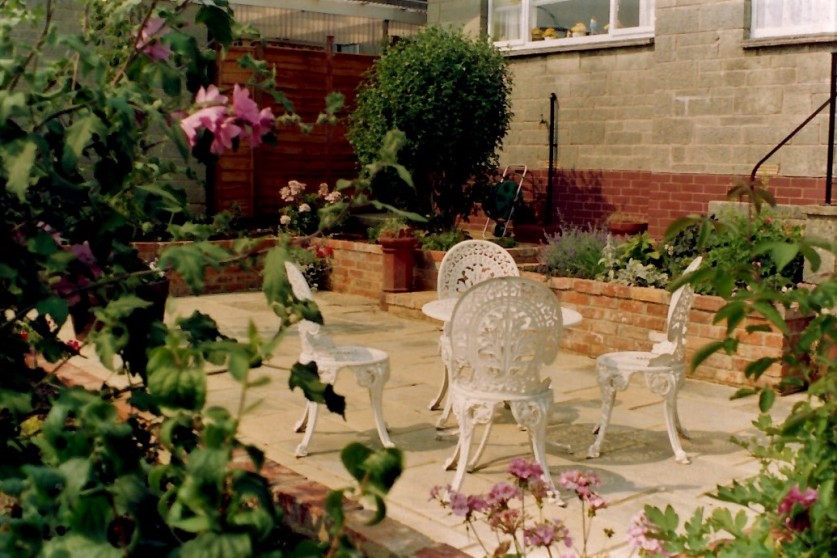 A half barrel makes a tiny wildlife pond 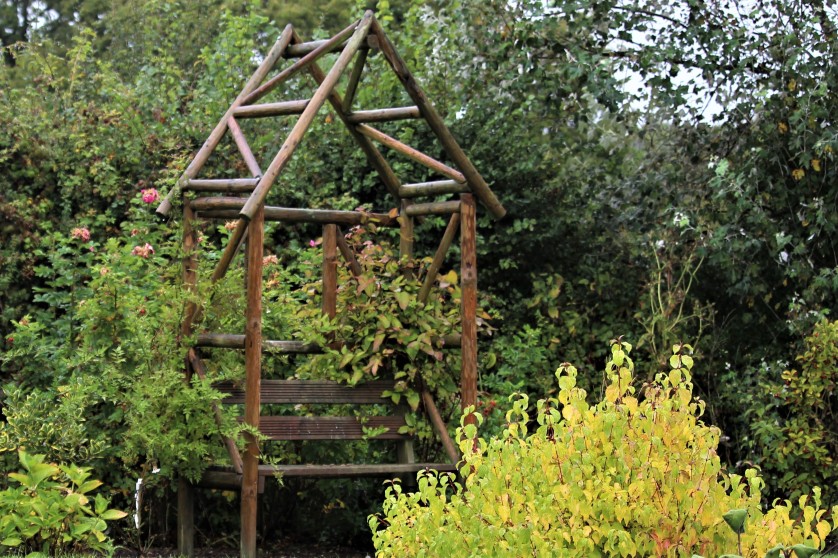 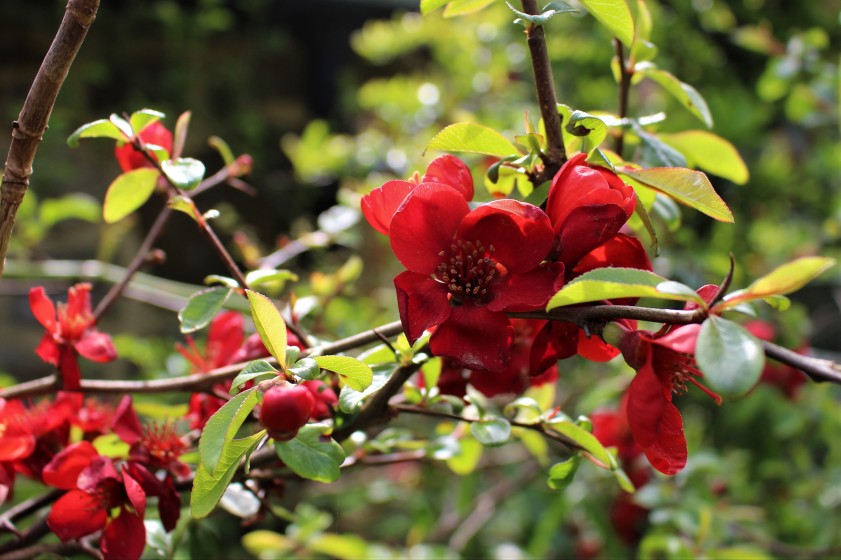 A winding grass paths leads into the trees

The government has launched a £ 50 Million campaign to encourage farmers and landowners to plant more trees to help tackle climate change but is this a good idea, and what are the options?

Tree planting is a long term investment, some native species such as Yew can live for thousands of years and even the non-native Sitka spruce commonly grown in commercial forestry may live past six hundred years although in the UK they may be typically harvested between thirty and fifty years of age. If it is intended to produce timber this may follow a clear felling operation on previously forested land, on peat bog moorland or on more productive agricultural land.

If sequestration of carbon is the main objective according to scientific research pasture sequesters 30% more carbon than forestry and this grass land may be grazed by the animals that provide us with dairy products and meat. It would seem to be counter-productive to plant trees in the UK if this merely resulted in forest clearances elsewhere in the world so that food may be grown for us to import instead?

What about the rewilding options, how can they help to fight climate change?

Around ten thousand years ago after the climate had warmed at the end of the Ice Age the tundra habitat that had then prevailed in the UK gave way to the primeval woodland that we consider to be native today, remnants of which may be found in what are defined as ancient woodlands, those deemed to be over four hundred years old. This process occurred through natural regeneration, the spread of both flora and fauna from warmer latitudes. 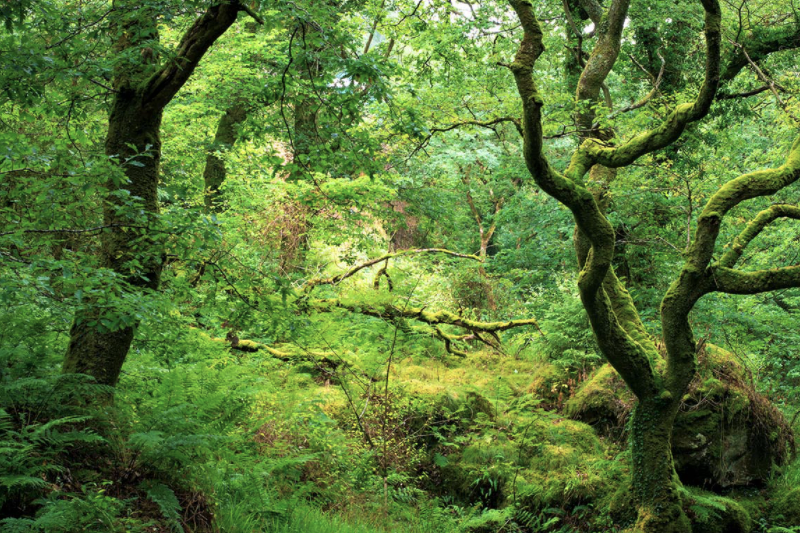 These woodlands are rich in species diversity containing complex interdependent ecosystems, far better than any man-made creation. They have proved to be resilient in the face of the ongoing post Ice Age climate fluctuations, thriving during the extremes of cold, heat, wet and drought that have occurred since. If allowed to do so these woodlands can expand outwards to regain their former territory through natural regeneration, with the seeds distributed by the wind and in the droppings of wild birds and mammals such as deer.

Nursery grown trees provide an instant visual impact, in the short term is quicker and gives control over what species are planted although the choice may be somewhat limited. If the trees are not local to the area they may bring new plant diseases with them. Planting may be both costly and labour intensive with the trees requiring unsightly stakes and guards, and they may require careful watering and weeding for the first few years until well established.

In the 20th century following the devastating loss of the nation’s Elm trees to the imported Dutch Elm disease the government promoted new tree planting, so what became of it? In short the trees failed to thrive:-

Natural regeneration can be slower to establish and care must be taken to remove any alien invasive species such as Sycamore, however the emerging scrub will provide valuable, diverse wildlife habitats in which declining species such as nightingales may thrive. Survivability will be good in the long term with the scrub gradually transitioning into mature woodlands from which future generations may benefit. Much of this work is currently being pioneered on the Knepp Castle Estate in Sussex.

Whichever method is used to establish new woodlands there needs to be clearly defined objectives about what this tree planting is supposed to achieve. Is it to be a commercial timber crop that may be used to produce renewable energy wood pellets or is it to be part of a rewilding scheme managed to benefit biodiversity in the future? Each will sequester carbon and both have their advantages and disadvantages, it is however essential  to decide which route to follow before embarking on such a project. 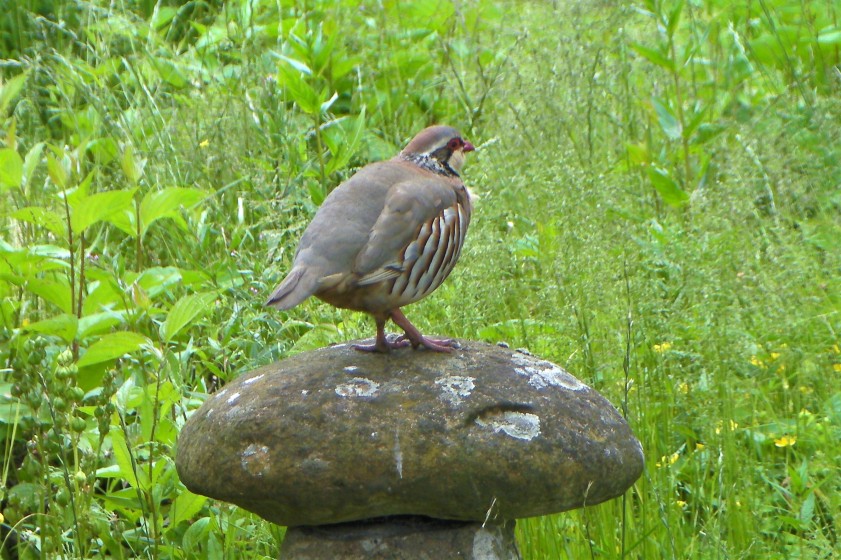 A partridge surveys the garden from his staddlestone perch

A cowslip flowering in April

Enjoy time spent in the garden with a sundial

Ancient Yews link to the past 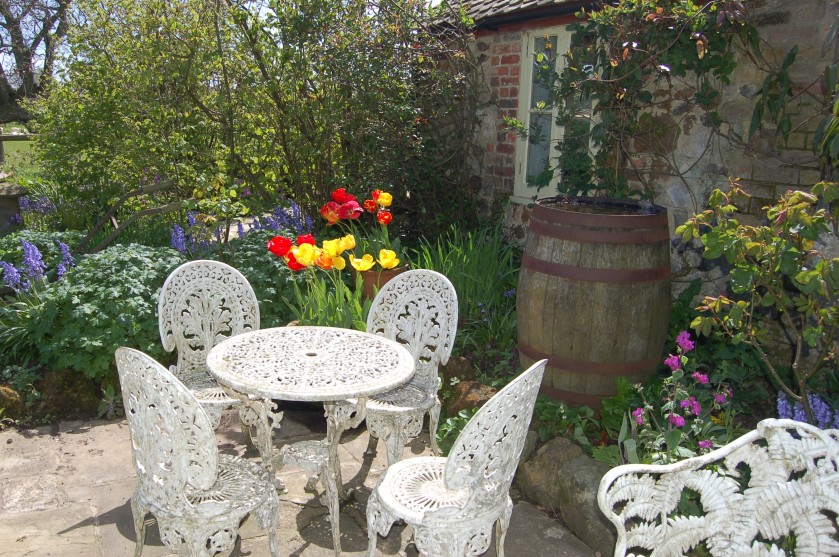 I love daffodils. There, I’ve come out and said it. I like the good old common or garden yellow ones. Not very fashionable I know, but I love the big yellow heads nodding in the spring sunshine. They always look good under trees and in clumps in borders but I wouldn’t attempt them in pots, they tend to flop about too much. I like the smaller, lighter ones here, not the real miniatures they are better in with alpines or the front of a border. One of my favourites is ‘Jetfire’, these are gorgeous in tubs. I plant half a dozen in a 9 inch terracotta pot and the proportions look just right when they flower. The pots are placed up the edge of the front door steps and cheer us up for weeks. 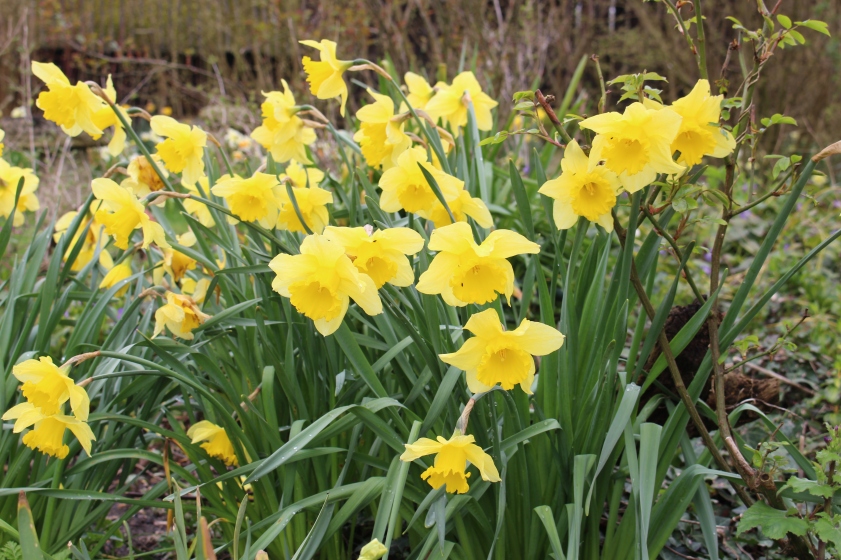 A couple of years ago I tried something different in my wall baskets under the living room windows. I usually leave these empty in winter as winter pansies and primroses don’t seem to like the extra exposure that the height brings and I planted ‘Jetfire’. They were brilliant. Their bright heads popped up far enough to dance along the bottom of the window, allowing us to enjoy them even in rough weather.

Still, daffs aren’t the only bulbs and I have a penchant for big, bold tulips as well. Deep red, bright pink but not yellow, the daffs supply that! I love big bellied pots with big bellied tulips, they just seem to go together. Have you ever gazed into a wide open tulip? Fabulous.

Bluebells are beautiful, particularly if you can manage a woodland setting for them, but if not try to find them a sheltered spot under deciduous shrubs as they will not appreciate too much heat. 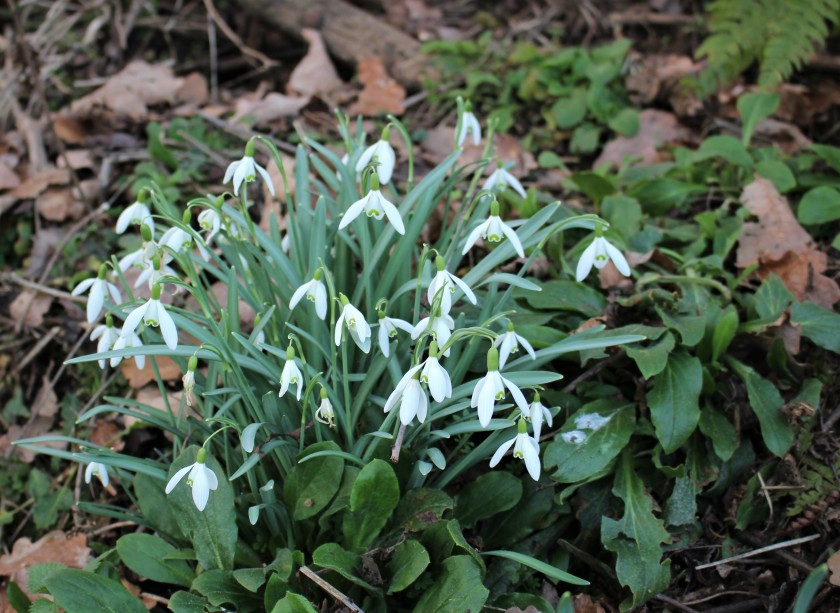 Snowdrops are amongst the earliest to flower

Snowdrops are another little beauty and they need to be where you can appreciate their early flowering. Don’t hide them away in a part of the garden that you never visit in winter or there’s no point in growing them!

Well, these are just a few of my favourites and if you look through the catalogues the choices are endless, try some. Experiment with something different. I can guarantee you will pace around the garden peering into pots and borders waiting for the first shoots.

A bumblebee visits a flowering geranium 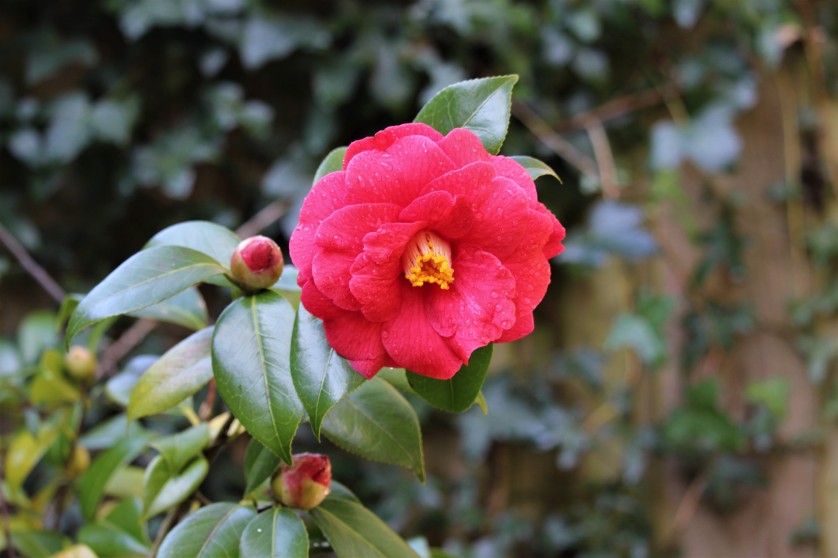 The bright blossom of a spring flowering Camellia

A water feature adds tranquillity to a garden and here at Tim Brayford Landscapes we have experience of a wide range of imaginative uses. Construction of water features needs to be spot-on as water levels are very unforgiving and can show up any mistake. This makes preparation work for any potential pond very important and the use of a laser level is a normal part of our routine. Consideration needs to be given to what the client wants from the water feature, do you want the sound of falling water, to make a formal ‘statement’ or have a calm reflective surface?

One of our recent projects was a formal centrepiece fountain with a ‘catching’ surround pool but we also do garden ponds. Over the years we have constructed many ponds aimed at encouraging wildlife using skillful planting of native and non-native species to attract as wide a range of insect and bird life as possible. 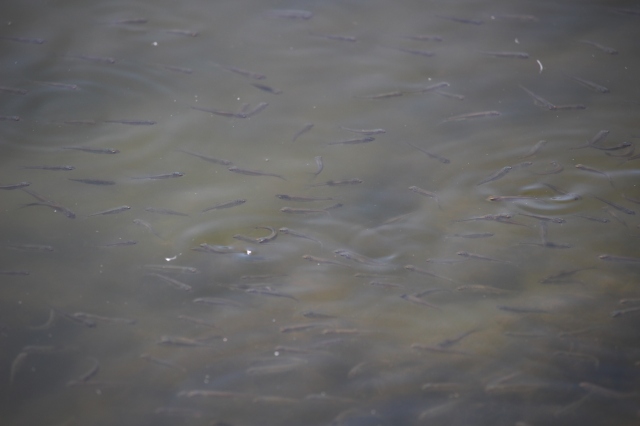 The marginal area for ponds requires careful planning too, possibly lining an area for bog plants to ensure that the whole thing sits at ease in the garden. Ponds for keeping fish have different requirements and can require  installation of  filtration and aerating equipment. 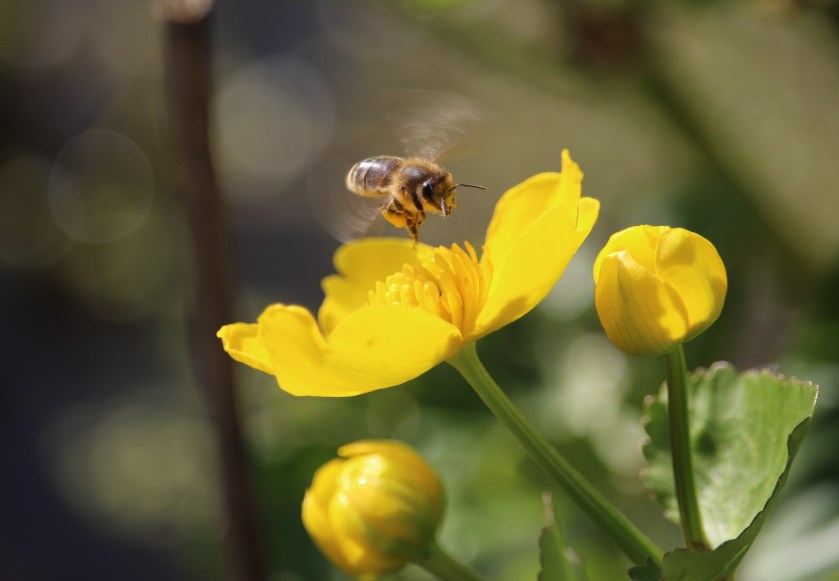 Water features are increasing in popularity. The sound of water is very soothing and many clients like to have a water feature near a seating area. We have built water-falls and streams that are   pump powered as well as water ‘spill-over’ rocks which need an underground reservoir. 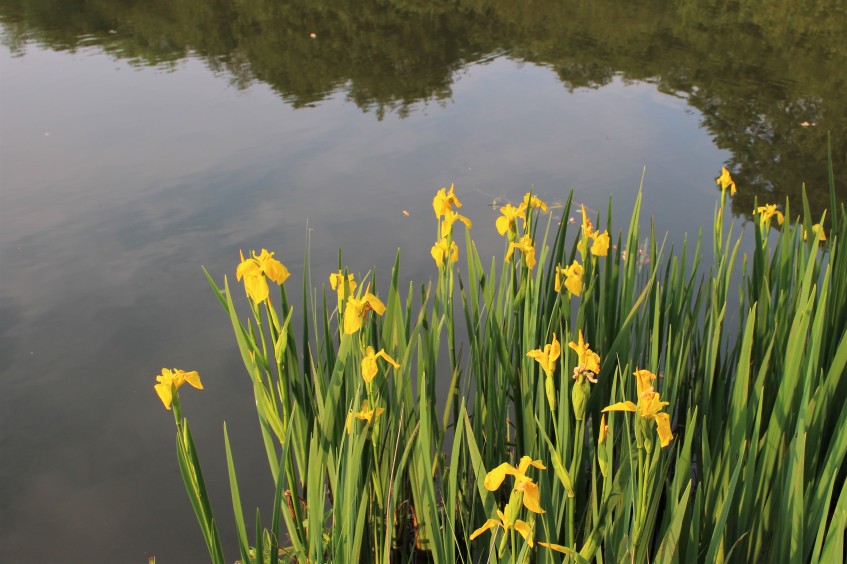